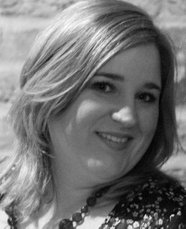 Caroline found her passion for music and in particular singing at an early age. She started to sing in a church choir at the age of 8 and is now working as a professional classical soloist, part of a jazz trio, and with several function bands.

Aged 13 she won a music scholarship to study voice and clarinet at Ardingly College and won competitions in the Mid-Sussex Music Festival. Early on in her career, as a musician, Caroline was part of two music groups who went to Austria and Southern Germany on tour.

Caroline lives and teaches on Mersea Island, in Essex and is also employed by Essex Music Services which allows her to work within primary and secondary schools, as well as colleges around North-East Essex.

Caroline completed a course in 2008 with the ABRSM (Associated Board of the Royal Schools of Music) and gained a certificate of teaching.

In 2011 Caroline recorded an album with The Moondance Band and has since gone on to form the versatile trio Eclipse.